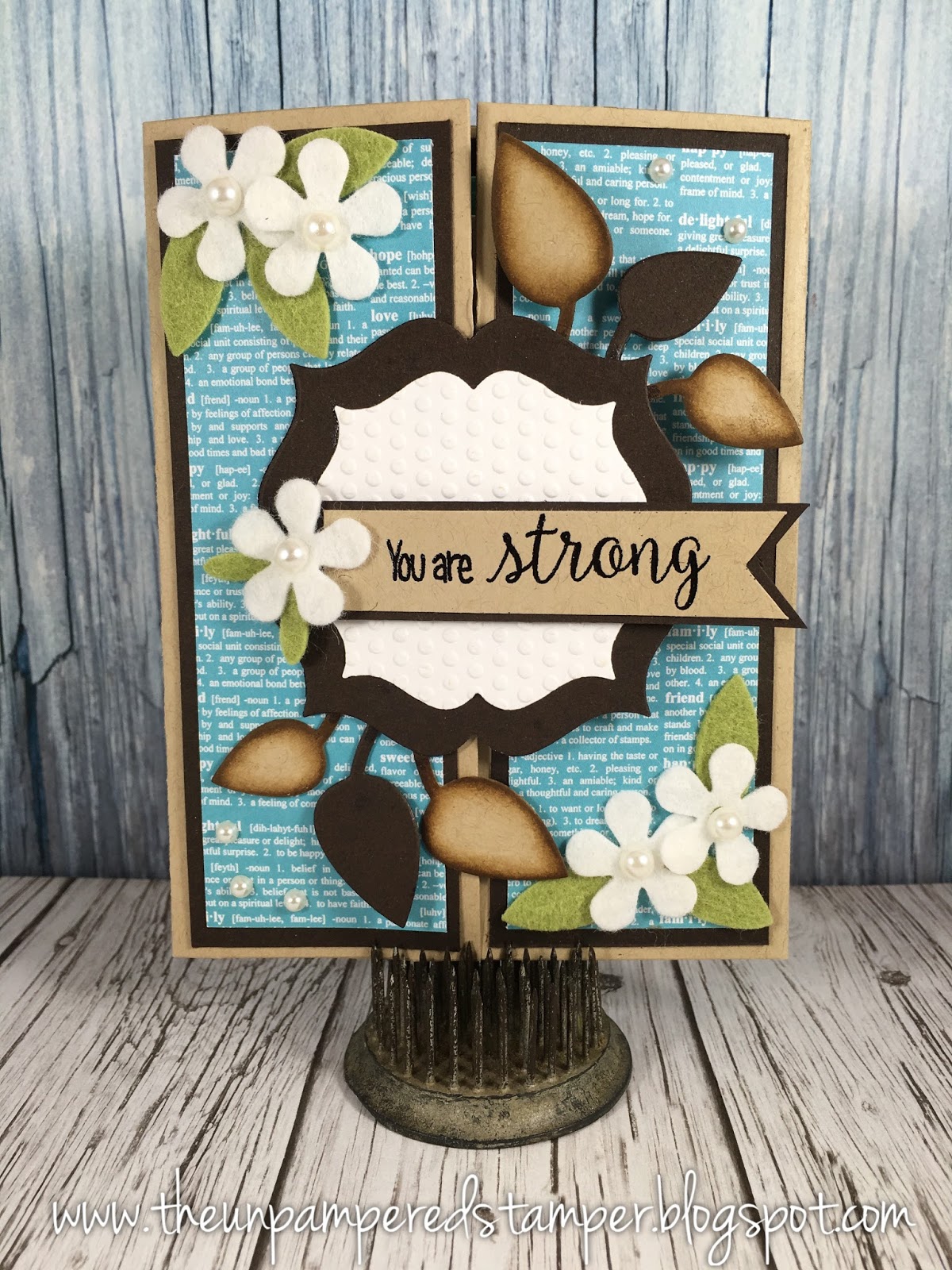 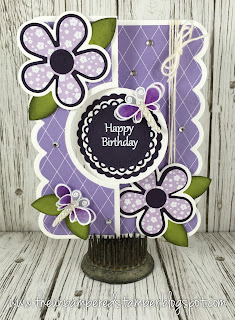 Hello!  I hope everyone had a wonderful Independence Day!  Life has been pretty crazy at our house over this past week but I have been able to work on a few cards during the evenings after the kids have gone to bed.  I wanted to make a few more cards using last month’s awesome club stamp set called flowerpower2fill from The Stamps of Life.  In this card above, I used the coordinating Flower Power Dies to cut these cute flowers and then added them to my card base which was cut with the Sizzix Circle #2 Flip-its Card Set dies.  I used the coordinating leaf dies that come with the Flower Power Dies and sponged them with some distress ink.  The dragonflies came from a mini Stamps of Life Stamp Set that was given to me by a friend.  I stamped and then heat embossed four dragonflies on vellum paper and then colored them using some glitter markers.  Once dry, I cut them and layered them to give them some added dimension. 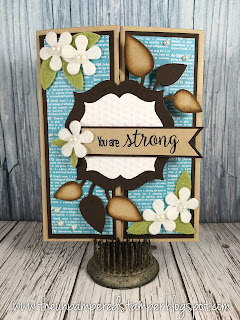 In this next card, I used the coordinating patterns4flowerpower stamp set for my sentiment and the Flowers With Stems die set for the little flowers on both the front and inside of the card.  For my base, I used the Sizzix Half A2 Card die set created by Stephanie Barnard.  Because I wanted to create an overlay instead of using the dies that were included in this set to cut a shape in the center of the card, I simply added some layered cardstock on the front using the Sizzix Regal Framelits die set.  I used the Sizzix Leaves Stamps & Dies to cut the brown leaves behind my sentiment and then sponged them with some dark brown distress ink. 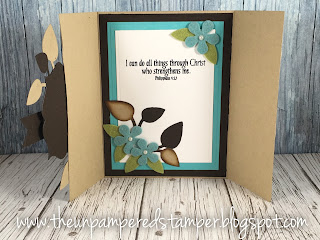 As you can see, I used the same dies for the inside of my card but just simply used a different colored felt for the flowers.  The sentiment (which is one of my favorites!) came from an exclusive Stamps of Life stamp set called praise4Him.  This set is great since it offers eight different and inspiring Bible verses! 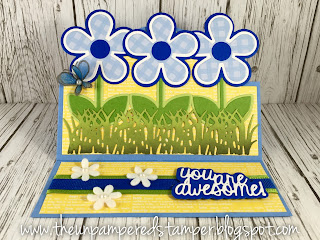 In this next card, I again used the Flower Power Dies with both solid and patterned cardstock to create a small patch of “blooming” blue flowers.  I love how the blue and yellow contrast with each other!  I decided to use a Stand-Up card base so that my flowers would “stand up” once the card was opened.  Stephanie Barnard has a number of Stand-Up card die sets and since I only own three of them, I went with the Sizzix Royal Stand-Ups Card Die Set.  This set comes with a lot of word dies (which I love) and was perfect for the look I was trying to create.  For my sentiment, I used one of Stephanie Barnard’s newer products called Thoughtful Words.  I just love how most of her word dies also come with a shadow die.  It just adds so much to the sentiment! 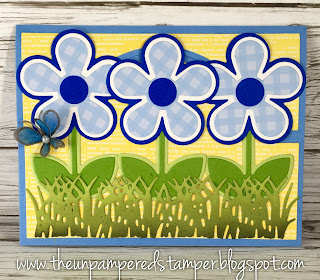 Here is a view of the outside of the card.  It is an A2 sized card and, as you can see, it would fit perfectly into an A2 sized envelope once closed since the flowers lay flat until the card is opened and propped upright.  The little blue butterfly also came from that mini Stamps of Life set that was given to me by a friend.  Any small butterfly or bug would work, though! 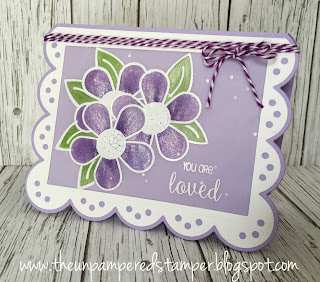 Lastly, I decided to try a new technique on this card.  It was my first attempt at trying to stamp and color on a vellum overlay.  Although this card didn’t come out exactly the way I had envisioned it, I was pretty pleased with the results.  I think it would have come out a little bit “cleaner” with a heavier piece (i.e. 40#) of vellum (which I didn’t have at the time I created this card).  To learn how to try this technique, Jennifer McGuire posted an awesome and very informative video that you can find here.  For the flowers, I once again used the Stamps of Life flowerpower2fill stamp set and masked all but the first flower to give them an overlaying look.  I colored them with some glitter markers and heat embossed my sentiment with white embossing powder.  The beautiful scalloped base card came from  the Sizzix Greetings Scalloped Edge Drop-ins die set.  I used a rectangle die from some other set to cut out the center of the card and fill it with my vellum piece.

Thanks so much for looking!  I love to hear from you!  Please feel free to leave any comments or questions! 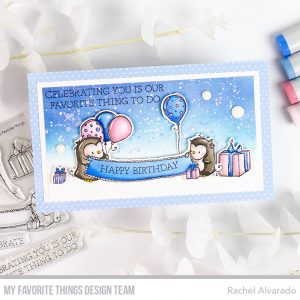 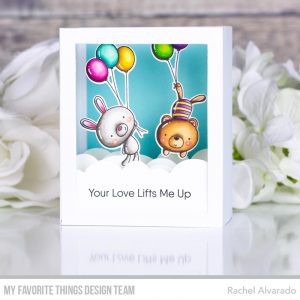 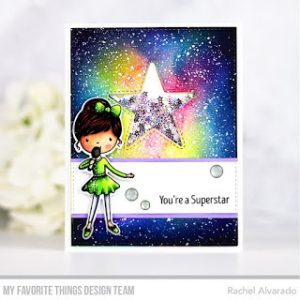 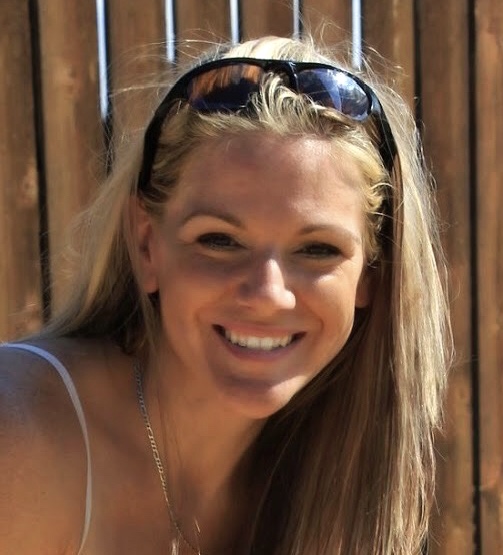 Hello crafty friends! 👋🏼 Have you seen the l

Happy Friday! 🤗 If you get a chance this weeken

Hello crafty friends! 🤗 I hope your weekend is

🎉 The @mftstamps January Release will be availa

Hello crafty friends! 👋🏼 Are you looking for 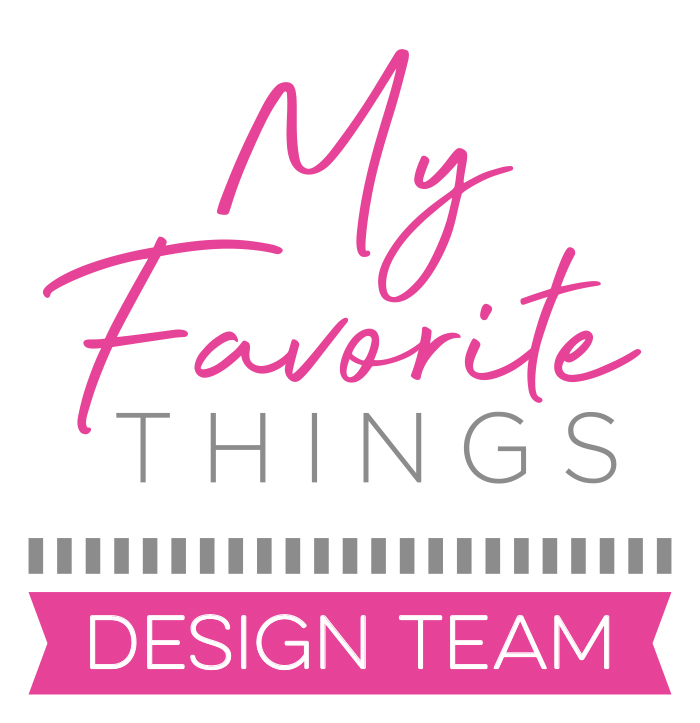 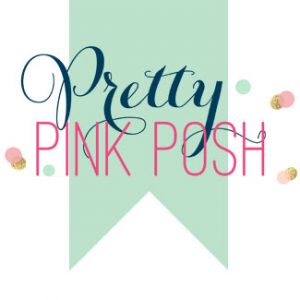 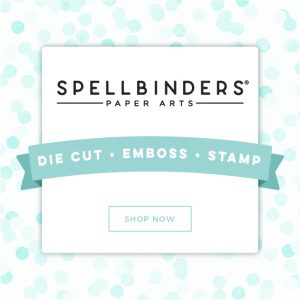 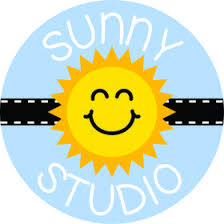